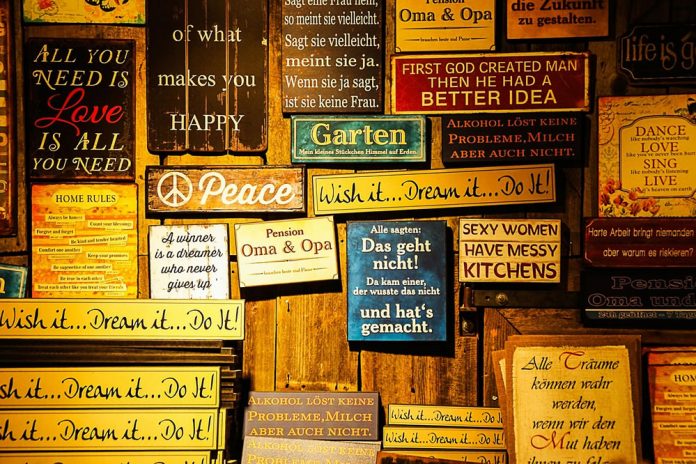 This happens to be the Spanish name for Shakespeare’s play Much Ado About Nothing. It means making a big fuss out of something that really quite insignificant. A is using it for something is much anticipated, and advertised as being amazing, but ends up being pretty poor.

A beber y a tragar, que el mundo se va a acabar.
Eat, drink and be merry, for tomorrow we die.

Zapatero, a tus zapatos
Literally – Shoemaker, to your shoes!

This saying means that people should stick to what they know and not get involved in things they know nothing about.
You could use it if someone who has taken one Spanish class in their life is condescendingly telling you that your Spanish is wrong but you have actually lived in Spain – it is a way of politely telling them to “clear off”.

There is a good page about Spanish proverbs with English translations and explanations of what they mean here (with thanks to Fédéric at MyDailySpanish):
Click to see more Spanish Proverbs