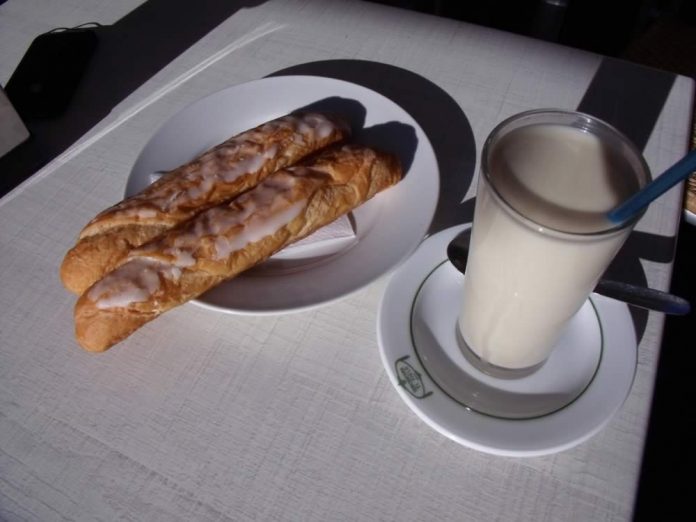 Horchata (called ‘Orxata’ in Valencian language) is a popular soft drink from Valencia made with water, chufa (tigernuts), and sugar.   Fartons is a kind of bread, almost like a long think doughnut, but lighter and with icing on it and goes really well with the Horchata.  Horchata is made from ‘chufa’ (it’s a root, also known as tiger-nuts), which were originally brought by Arabs from Egypt around 700 BC.  Note that horchata from Valencia is not the same as in Mexico (made from rice).

Tasting somewhat similar to almond milk or a milkshake, it’s a light, refreshing drink a bit like a nutty milkshake and it is customary to dip the fartons in the horchata to soak some up before eating them – delicious! 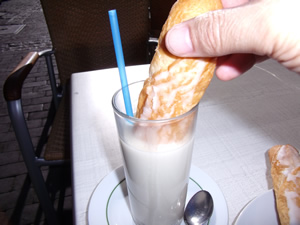 There are a number of ‘horchaterias’ in Valencia, the most famous of which is opposite the Iglesia y Torre de Santa Catalina in the corner of Plaza de la Reina. 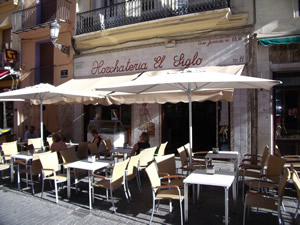 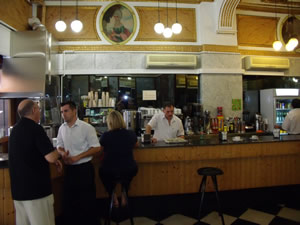